Many teens use music as a way to relax, bond with friends, develop their own identities and even indulge in fantasies. While music may not directly influence your teen’s behavior, it may, nonetheless, be hard to hear or support. This week on Parenthetical, we are reposting a discussion on ways parents can respond to teen’s music choices when it seems inappropriate or offensive.

The music that teens listen to today has become louder, less appealing and more vulgar than when we were kids. Of course, that’s exactly what my father used to say and probably his father before him.

Popular music is one of the ways that each new generation defines itself. It serves as a way for youth to differentiate themselves from the previous generations — especially that of parents. As teens explore new identities in an effort to create an adult persona, they sometimes find the music of deviant or cultural groups that differ from their own to be particularly appealing. For example, it’s not uncommon for the music of death metal bands or urban gansta rappers to be pulsing out of the earbuds of middle class suburban youth. 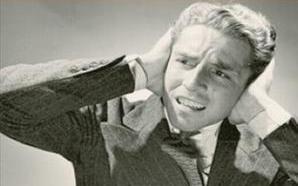 So, what choices does a parent have if they find their teen’s music inappropriate or offensive?

The issues raised in musical lyrics, while sometimes offensive, are often a reflection of what’s on the mind of teens. The good news is that most teenagers pay little attention to the lyrics (see a previous Wise Talk response on the topic), much less use them as a guide for their behavior. And there is little evidence that music causes psychological problems or deviant behavior.  For most teens, listening to music is simply a way to relax, to form closer bonds with friends, to indulge in fantasies and to develop independent tastes (and annoy their parents!).

SHARE WITH PARENTHETICAL: What was the song (or type of music) that most annoyed your parents when you were a teen? Tell us about the song or music below. Include a YouTube link if you can find one.