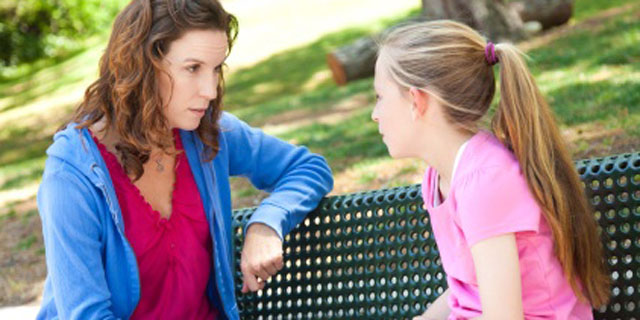 This week’s post is from the Parenthetical Archives, originally posted in October 2013.

When I asked my tween daughter if she’d like to help me out with an article for other parents of tweens about what matters to tweens and what makes a “good parent.” She squealed with delight and eagerly said “yes.”  (I may have created a monster because she now asks me daily if her material was used and tells me she has more where that came from!)  Here’s what she had to say…

First, I asked my daughter, “What do tweens want?  What is important to them?”

According to my daughter…

Tweens want to be heard.  They want to be listened to and feel a part of what goes on in the household.  She told me she’d like the chance to make choices about what chores she does around the house.  She knows they need to be done, but would like more freedom to choose what she gets to do.

Interestingly, the above comment went hand in hand with her answer to my next question, “What makes a good parent?”

Good parents listen to their children.  Tweens aren’t looking to necessarily be friends with their parents, but instead look to learn from and respect their parents.  For instance, my daughter told me that following through on what we parents say we’re going to do is important.  In other words, say what you mean and mean what you say.

In fact, research backs up the suggestions my tween had for parents.  Teens say that they like to talk with their parents about the things that bother them and that they understand and actually feel supported by parental rules and limits. However, they also want and need to explore new freedoms and  have the opportunity to make choices about those things that do not affect their health and safety. Allowing tweens to make decisions early in life can help ensure that they learn how to make wise and responsible decisions when parents aren’t around. As parents, we should try to avoid making judgments about a teen’s decisions and talk with them about potential alternatives for situations that may arise.  We know that tween and teen brains are different from those of adults and elementary aged children.  Brains develop from back to front and higher order skills (such as prioritizing, decision-making, providing insight, and empathy) come later in life and take time to develop. If we do not provide opportunities for our tweens and teens to develop these skills, their brains may not build the necessary connections.

The message: Listen and communicate with your tween; give them chances to practice making decisions; and do this as often as you can! The more you do this now, the greater the likelihood you’ll have a competent adult on your hands in the near future.

We’d like to hear from you in the comments below.

What is important to your tween?  What does you tween say makes a good parent?

Rachael has with the philosophy that parents are a child’s first, and most important, teacher.  She has worked for Extension for a little over a year and before that worked for a non-profit in several programs which serve a variety of children and families.  She earned her Bachelor’s Degree from the University of Wisconsin-River Falls, where she majored in Elementary Education and minored in Early Childhood Education.  She received Master’s Degree from University of Phoenix, where she focused her work on Curriculum and Instruction. In her spare time, she enjoys spending time with her husband, children (10, 7, 8 mos.) puppy and horses!