“When I was a boy and I would see scary things in the news, my mother would say to me, “Look for the helpers. You will always find people who are helping.”― Fred Rogers

I was eleven years old on September 11th, 2001.  Like most adults, I don’t remember much from my middle school years. I could probably provide you with a vague description of my group of friends at the time, the layout of the school and maybe the name of an influential teacher or two. But if you ask me to describe my experiences on that specific date, I could provide detailed accounts of the images I saw on the television in my classroom, the questions my older brother had for my parents later that evening and the confusion I felt when I began hearing words like “terrorism” and “war.”

Tragically, recent attacks in Manchester, Paris, San Bernardino, Florida and other areas of the world remind us that mass violence is an international and national issue faced by young people today. In our era of 24-7 news, we are consistently exposed to tragic and frightening stories from across the globe. Although instances of terrorism, violence and war are definitely not new to us, the speed and frequency at which technology brings these stories to our doorstep is. Therefore, I can’t help but wonder how growing up in what seems to be an increasingly violent world affects our young people, and what we can do to help them cope with the confusion, fear and anger that may accompany violent tragedy.

How does terrorism and mass violence influence teens?

Not all young people react to terrorist attacks and violent events in the same manner. Some teens may show little or no reaction while some may need consistent support following a violent incident. Others may not know how to broach the topic. You may find your child is not ready to talk about the event or doesn’t feel particularly worried or impacted. In a report on Talking to Children about Terrorism, Family Science Specialist Sean Brotherson identifies other common reactions teens may experience, including:

Finding a way to address a teenager’s feelings on the issue can be challenging for many parents. On the one hand, teens are striving to form their own opinions and beliefs and may appear annoyed when parents interfere in their personal life.  On the other hand, teens may secretly desire their parents’ support and guidance even if they don’t overtly show it. Below, you will find suggestions and resources that might be useful when addressing violent attacks with teens in positive, constructive ways.

What steps can parents take?

Offer reassurance and support through active listening
While it may be tempting to tell your child “everything is ok” and “there is no reason to worry” teens may interpret this as potentially dismissive. It is completely normal to feel a range of negative emotions after exposure to an attack, many of which adults are also experiencing. Instead of immediately reassuring your teen, try asking open ended questions to gauge what they are thinking and feeling about the situation. You can even start with “what do you know about this event?” or “have you been talking about this situation in school recently?” opening the floor for your teen to voice their opinion and concerns if they have them. By listening to your teen, you are already providing them with the support and reassurance to explore the topic. For more helpful information, check out Brené Brown’s TED Talk on The Power of Vulnerability as well as a Parenthetical post from the archives on Whole-Hearted Parenting.

Learn together
Your teen may have a lot of questions about the event, some more complicated than others. If your child asks you a question you don’t know how to answer, it can be a great opportunity to learn together. For example, if your child asks you about conflict in a specific region of the world you are unfamiliar with, get on a computer together to do some research.

Regulate media exposure
Although it is important that both you and your teen remain informed and aware of current events, constant media exposure can have negative results. Witnessing graphic images, video clips and alarming broadcasts repeatedly can leave your child feeling overwhelmed. Instead of leaving the television or radio on in your home, try regulating the amount of time your teen is exposed to news coverage. For instance, dedicate thirty minutes each night to watch the evening news together and then discuss additional questions your teen may have after the broadcast. PBS offers a great resource on how to talk to your kids about the news.

Maintain routines
Routines can provide teens and families with a sense of normalcy and reassurance, even during times of crisis. Ensure that children are maintaining their normal routines as much as possible. Eating healthy meals, getting plenty of sleep and making time for fun activities with their peers promotes positive emotional and physical health.

Avoid stereotypes and generalizations
Violent attacks are typically carried out by a select group of individuals intending to promote fear and misunderstanding. Therefore, many people are left feeling angry and confused. It is understandable that many teens feel angry, and may even discuss retaliation after a terrorist attack. But it is critical teens understand the actions of a few do not represent the beliefs or actions of all. Try having a discussion with your teen about the negative impact prejudice and stereotypes can have on certain groups, and the importance of acknowledging differences of opinions—especially in the groups and communities that they participate in (school settings, sports teams, etc.) Parents who are open to having this conversation while acknowledging the confusion that their child might be feeling is already a great way to model tolerance and acceptance.

Develop a safety plan
Some parents might worry that preparedness conversations with their teens will only increase fears, but in a recent PBS NewsHour video essay National Security Analyst Julitette Kayyem discussed this concern. She said:

“Addressing these risks isn’t going to shock your older kids. They already saw it all on Twitter. Manage your and their fears by preparing for when the bad thing might happen. As parents, the more we can maximize our own readiness, the less we will feel that we have no grip over the mayhem that exists out there.”

One way parents can work with their teens to maximize readiness is by creating a family safety plan — an activity that hopefully will leave your family feeling safer and more empowered to take action and communicate with one another during a crisis.

Find ways to help others
Teens may express an interest in tackling major societal issues after a terrorist attack. For example, after a mass shooting your child may want to find ways he/she can impact gun violence in the community. Encourage your teen to find small, manageable ways to influence those directly around them initially, while explaining small steps can lead to larger changes. Some ideas may include participating in non-violence school programming, writing a letter to the editor, researching alternative options to violence and practicing conflict resolution with peers.

Promote positivity
It’s easy to be bogged down by the negativity surrounding hate crimes. The motivations of a select few often become our focus after a violent event, while the actions of thousands, if not millions, of supportive individuals can fall to the background. Remind your child during these times there are significantly more people in the world who do not agree with violence, and are willing to come together to solve problems. Challenge your teen to find these positive stories in the news and in their own lives, and discuss the impact kindness can also have during times of crisis.

Seek out additional help
Some teens may benefit greatly from parental support and guidance, but still need additional help. If you notice your teen displaying behaviors that concern you, it may be best to reach out to a mental health professional. Additionally, children struggling with mental health issues prior to the event (such as anxiety or trauma) may be at a higher risk for health concerns and need further support. The Substance Abuse and Mental Health Services Administration offers a Behavioral Health Treatment Services Locator to help individuals with this search process.

Talking about terrorism, war and violence is difficult at any age, especially when many adults want to protect children from the topic. However, parents play an essential role in reframing terrifying, violent acts. Through intentional conversation and supportive responses, parents can help teens find a balance between feeling safe and responding to negative events in a positive, constructive way.

National Institute for Mental Health
Helping Children and Adolescents Cope with Violence and Disasters: What Parents Can Do

National Council on Family Relations
Coping in the wake of shootings, mass violence, and terrorism 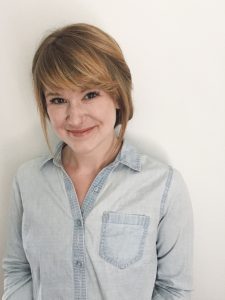 Allie is a website administrator for Parenthetical and a graduate student in Human Development and Family Studies at University of Wisconsin-Madison. Before going back to school full-time, Allie worked to promote healthy lifestyles choices among teenagers in Chicago, including alternatives to violence. She currently works with teens involved in the juvenile justice system and plans to study youth racial identity development. In her spare time, Allie enjoys live music, traveling with friends and hiking with her energetic rescue dog.